Blacktop Paving Was First Used for Roads In 625 B.C.! 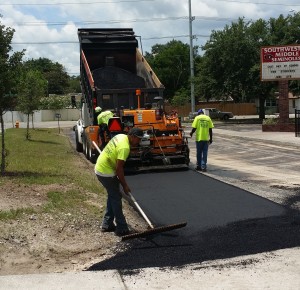 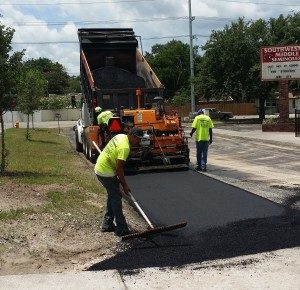 The history of asphalt, a.k.a. blacktop paving, started thousands of years ago – long before America was discovered! It is a mixture of asphalt, limestone and sandthatoccurs naturally in rocks and lakes. The first recorded use of it for the building of roads was in Babylon, way back in 625 B.C.

The Ancient Greeks were also familiar with the unique properties of blacktop paving. In fact, the word ‘asphalt’ comes from ‘asphaltos’ – the Greek word for ‘secure’. The name was later changed to ‘asphaltus’ by the Romans who used it to seal their aqueducts, reservoirs and baths.

Many centuries later, while exploring the New World, Europeans discovered natural deposits of asphalt. In 1595, Sir Walter Raleigh wrote about a lake of blacktop off the coast of Venezuela, on the Island of Trinidad. He used it to re-caulk his ships.

In the late 1860s, the first bituminous pitches were produced in America to cover crosswalks, sidewalks and even some roads. The first official U.S. asphalt production facility was established in 1870 by the Cummer Company. By the start of the 20th Century, builders on both sides of the Atlantic were avidly producing dryers and mixers in a range of forms.

Today, blacktop paving remains one of the most popular and versatile surface coverings due to its smoothness, safety, ease of installation and durability.

At AAA Top Quality Asphalt, we provide a self-contained, turnkey, multifaceted solution for developers, property owners, municipalities, general contractors and homeowners in Lakeland, FL and surrounding areas. Please contact us for more information. “Coverage you can count on!”